It's getting really, really difficult to find a decent gas can anymore. The old kind, with a vent cap on the back, and a flexible plastic nozzle to pour from.

Living off the grid, gasoline cans are in important part of life. Gas for the portable jobsite generator, chainsaw, weed whacker, snowmobile, and fire pump, extra for long 4WD trips in remote areas, I need to carry gas around!

Now we are stuck with engineering FAILS like this: 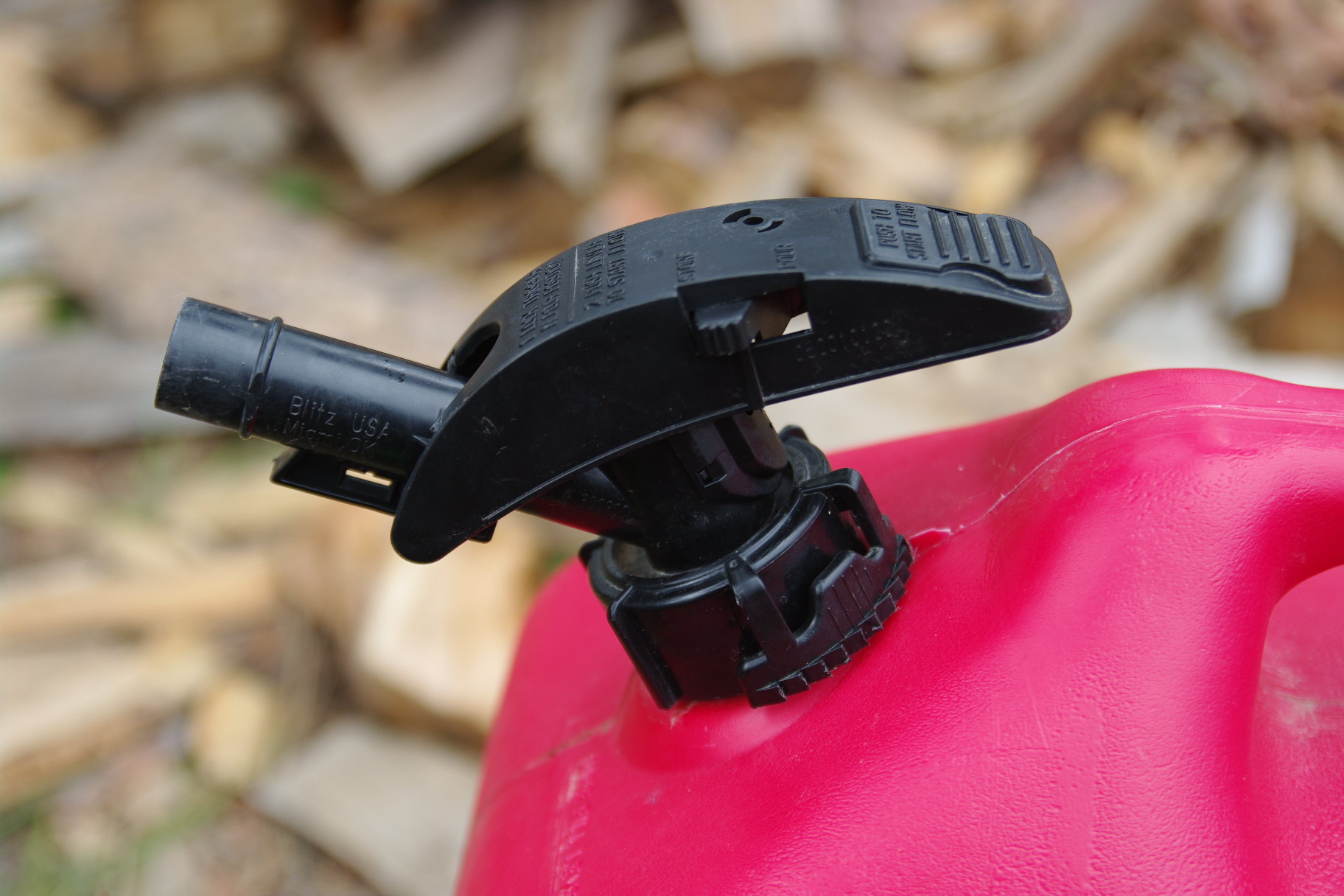 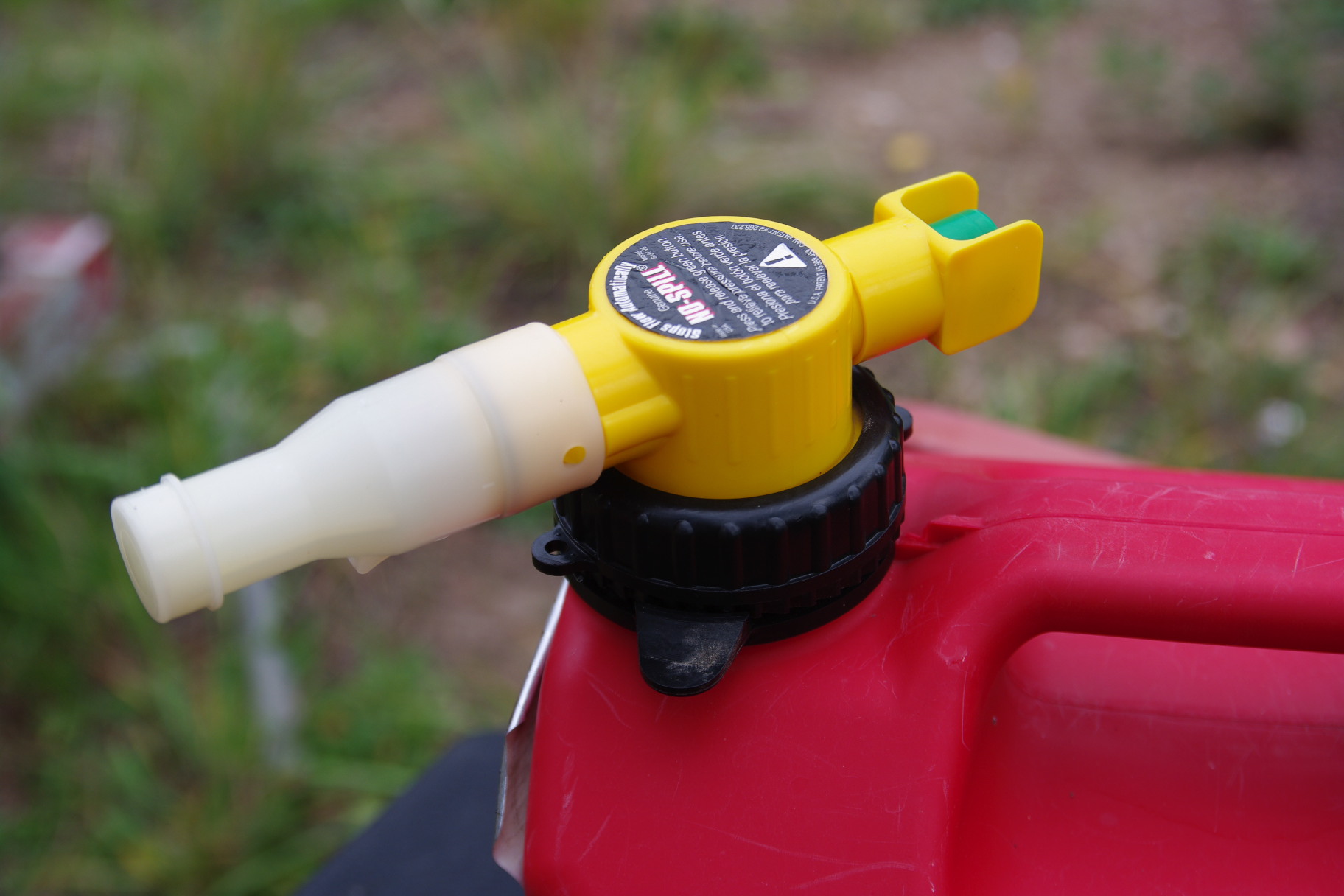 Why? New laws. The first, signed by President George W. Bush in 2008, required childproof gas cans. The reasoning behind this was at least one horrific incident where little kids opened a gas can, spilled the contents, and the gas was ignited by a nearby water heater pilot light in the garage. As a firefighter, I have no problem with this law, and the hazard is solved easily and with little inconvenience by the notched ring that means you have to squeeze to unscrew the cap, but it can be screwed on easily: 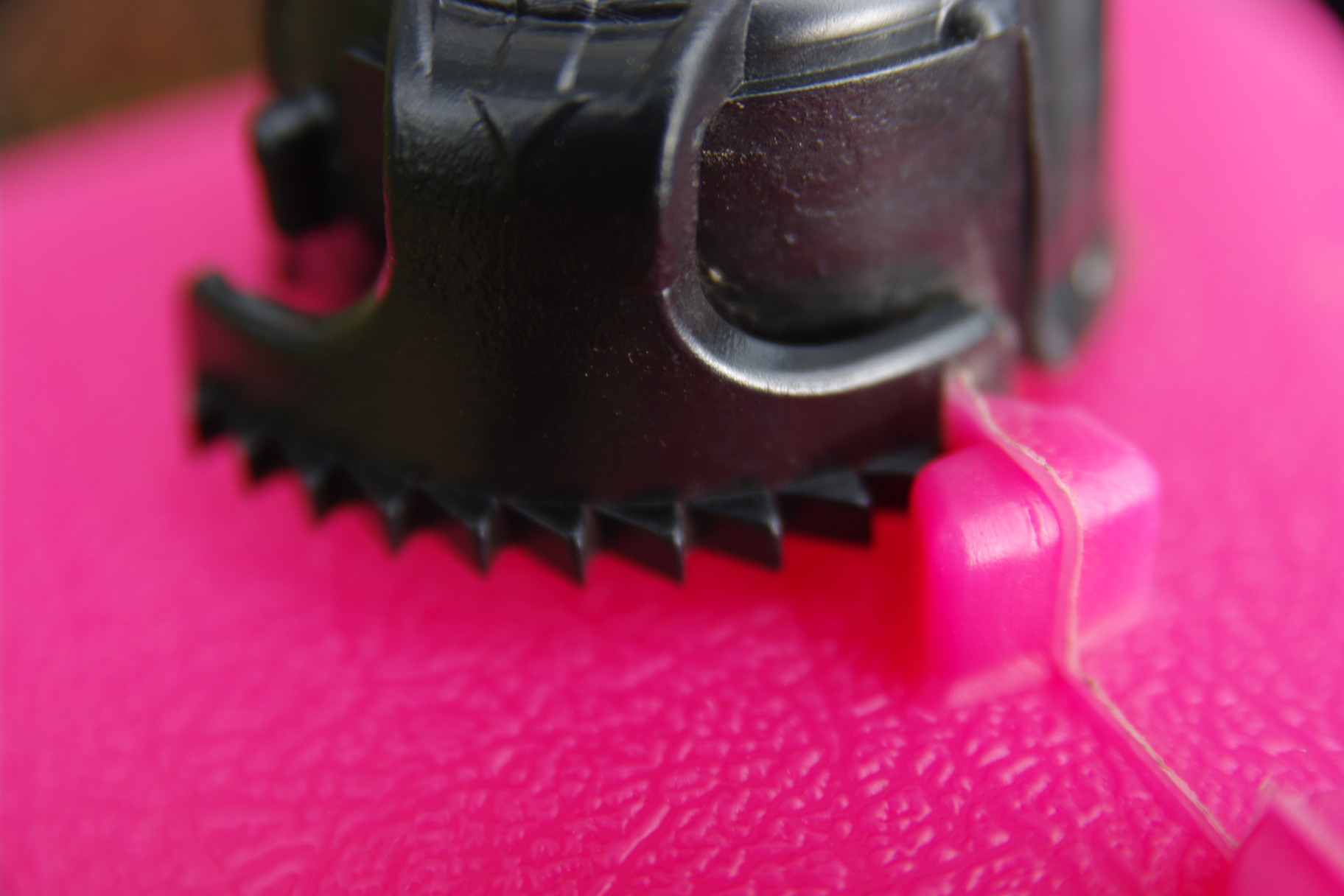 Now enter the government, and the Portable Fuel Container Manufacturers Association and their lobbyists. Actually this happened in 2007 under G.W. Bush (before the childproof cap law) and mandated the change by 2009. Wouldn't it be just great for the gas can business if we could convince people that their old gas cans were both unsafe and environmentally harmful, and they all went out and bought new ones? Even though tossing the old ones was required only in California? I imagine the room where pork was exchanged wasn't smoke-filled, though...too many gas cans sitting around. The end result was:

Besides having childproof caps, gas cans manufactured in 2009 and beyond also were mandated to have "Automatic Closure Spouts" and barriers for "Minimal Vapor Release." This by definition precluded vent holes on the back of the cans.

In reality, these new "features" have (at least for me) resulted in far more gas spillage and far more frequent hazardous spillage situations than the old gas cans.

For example -- (these are all TRUE. They all happened to me):

There is a loophole for the old-fashioned Jerry Can with the Donkey D**k spout, and you can still buy them, but they remain extremely expensive: 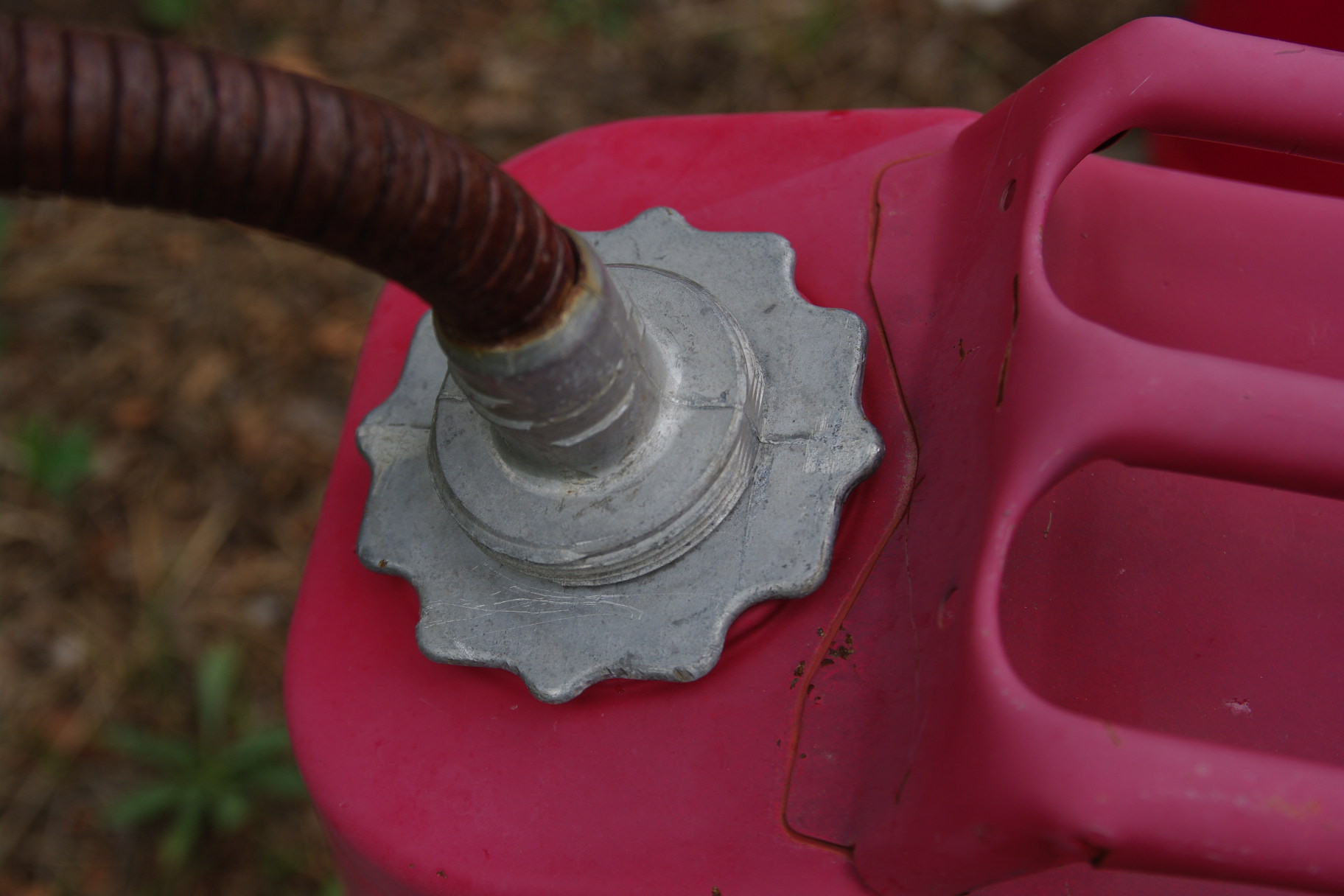 And I don't like them much. For fueling a car, the narrow unleaded spout results in a long pour (though the old regular spout was fast!). They are tall and tippy, requiring a bracket to secure them if you are carrying only one in or on a vehicle. It's rare to see a back handle to help save your back. And, you have to carry a stick of re-bar along to close the lid tight enough so it doesn't leak, and the gaskets crack and have to be replaced.

In any case, to me this is a classic example of government / lobbyist pork. It happens regardless of political party, Democrat or Republican. We must protect people from themselves, who could vote against that? We can't expect people to remember to actually seal up their gas cans after use. And it looks green! (despite the real result of more fuel spillage). And let's keep quiet about the bit that protects our children from burns...the little sawtooth plastic rings that only cost an extra 50 cents per unit, and are easy to operate in any weather.

Got to run -- just soaked my foot in gas from a new can, trying to fuel up the generator to post this article.